During the first week, we might have a brainstorming event for Rising Waters Confab ideas for the Knight Arts Challenge.  Last year, I entered the “Drowning Man Festival” invented at the 2015 Confab.  (I intend to send it again).  As southeast Florida residents, Colin Foord and I can submit as many ideas as we like – for the Confab or individual artists.

What kind of art event can accelerate awareness / action related to rising waters, contribute to the artistic vitality of the urban environments of southeast Florida and be “fresh”, “cool”, “hip”, etc. for the Knight judges?  See invite below the Climate Visuals Webinar.

Although I usually don’t like these type of things, I have signed up for the

Register Now
Thousands of images of climate change are shared around the world daily, but our understanding of how people interpret such images is limited, which leaves those trying to communicate about climate issues flying a little blind. To address this and give communicators more in the way of practical guidance, Climate Outreach conducted international social research to build a detailed picture of how people respond to different images of climate change. On this call hosted with TREE, Climate Outreach will present 7 principles for more effective visual communication about climate change (see our report and our Climate Visuals website), followed by a Q&A.

Dear Glenn (and tens of thousands of others),

I am delighted to share that we just launched the Knight Arts Challenge, this year offering $2.5 million for the best ideas for the arts in South Florida. We want to hear from you! What inspires you? What moves you? What do you want to share with the community? I hope you will take a moment to go toknightarts.org and submit your idea. All it takes is crafting a 150-word description by the May 2 deadline.

We just finished a wonderful series of Community Conversations on the challenge in March. This week, we are hosting two informational sessions on the challenge in the Florida Keys, and later this month we will be hosting office hours, where you can get individual feedback on your ideas from Knight Foundation staff. I hope you will join us and contribute to the conversation so that together we can make art general in Miami.

In the meantime, check out this overview of the 2016 challenge on our blog, including interviews with past winners.

I look forward to reading your idea.

7 SCIENCE & FACT
8 How the Arctic Drives the Climate of the Temperate World | Gretel Ehrlich
11 What Happened 120,000 Years Ago Could Repeat | John Englander
12 Surging Seas | Climate Central
14 We Have Time to Adapt, but No Time to Waste | John Englander
16 Digging for Water | Glenn Weiss

Artist Mel Chin, Author Gretel Ehrlich and Canary Project director Ed Morris met at the Rising Waters Confab and invented “THE ARCTIC IS”.  This week in Paris, the team is holding discussions and presented rough cuts of the future film.

ANNOUNCING THE ARCTIC IS  PROJECT
WITH TWO PARIS COP21 EVENTS

Today as the COP21 international climate talks began in Paris, French President Hollande noted that, “the stakes have never been higher.”  Over the weekend nearly a million people marched in cities and towns around the world to send a clear message to the negotiators.

Inspired by the activism around the COP21 talks, The Canary Project has been working with Mel Chinand Gretel Ehrlich on a multifaceted project called The Arctic Is.  This project will ultimately result in a website with information on both climate change impacts and actions specific to any location you enter.  Not run of the mill actions like changing a light bulb or buying this or that green product, but rather specific marches, politicians to vote for, groups to join, real culture that you can make etc. 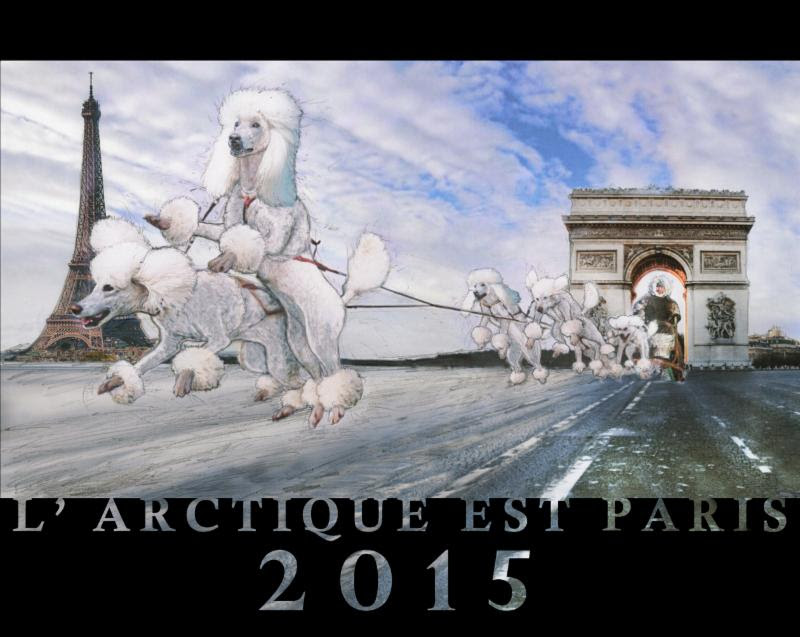 Thoth: The Master of Ceremonies for “Drowning Man”

Glad to see the sacred ibis has honored the new mangroves.  According to one website: “The ibis represented the god Thoth, god of wisdom, knowledge and writing, and was considered the herald of the flood”   Thoth was the official recorder of the weighing of the heart to determine eternal fates in the underworld.   I think with have the master of ceremonies for “Downing Man”

A group of Ibis bless the new mangrove planting at RR.

According to the Metropolitan Museum of Art….
The name Thot in Egyptian was dhwty, written with the hieroglyph of the ibis on a perch. Thot was the god of learning, and of sciences and the arts in general.….

…first month of the Season of the Inundation was called Thot and the first day of that month originally coincided with the rising of the Nile, a water bird like the white ibis may have been symbolic of that idea in the minds of the Egyptians.

According to another website
Role of Thoth in the Underworld.  Thoth was always present in the Judgement Hall of the Two Truths during the Weighing of the Heart ceremony in which the eternal fate of a soul of the dead was determined. The role of Thoth, as the scribe of the Underworld, wrote the results of the judgement of every soul.

Thot recording the judgement in the underworld

And for better or worse, the Sebastian the Ibis has been the mascot of the University of Miami.  UofM is more commonly known as the “Hurricanes”.

Sebastian the Ibis. University of Miami mascot since 1957.

Why talk about the commons when the water’s rising?

This is the final installment of ground-level panels on the commons that are installed in the main studio here. Other commons panels are  here and here.

Posted in Confab activities, The Commons

Insights on the commons from Elinor Ostrom

More ground-level panels on the commons for the main studio. Other commons panels are here.

Posted in Confab activities, The Commons